Speaking of groceries, does anyone else get sticker shock too? I can't believe the meat prices. I picked up my boneless, skinless chicken breasts that I had rain checked two weeks ago at $1.88 a pound and was looking at the other prices of meat at Fareway. Even though I buy my meat mainly from the farmers and the butcher, sometimes I have to supplement with store bought meat. I don't spend more than $2.00 a pound for any meat, but I am starting to wonder if I will have to adjust that, be much diligent about shopping the sales irregardless if I need or not, and/or be very creative/learn to cook even cheaper cuts of meat.

I also found out that while our local Fareway will match our local Hy-Vee sale prices, they are putting tight limits on the quantity. The sugar limit was two packages, cream soups were one can of each kind, the canned vegies were limit of six, and butter was one package. I could have gone to Hy-Vee and gotten much more, but I had meat to pick up from Fareway. This is the first time I have encountered this and it makes me wonder if Fareway will eventually discontinue matching sale prices of local competitors. I hope not because while I really like both stores, Fareway is closer and on my way from work.

We did not eat out again this week except for my one lunch last week. We did have Easter at my brother's house where he and my sister-in-law made a delicious supper! We also had homemade pizza at a friend's house. Last week, I concentrated on using up the expired and soon to expire foods and made some recipes I haven't made in a long time. We made Yum Yum Chicken, Pepperoni Pizza Twist, Pioneer Woman's Macaroni and Cheese, Sweet Soy Marinated Chicken (a freezer meal I made last year), and Tacos. And I have leftovers for this week for lunch! Yeah! We also made a crisp using rhubarb, raspberries, and blueberries from the freezer. The rhubarb and raspberries were from 2012 and the blueberries were in a package that was left out by one of the kids. We also made Chocolate Chip Muffins for Easter morning and granola bars to munch on. 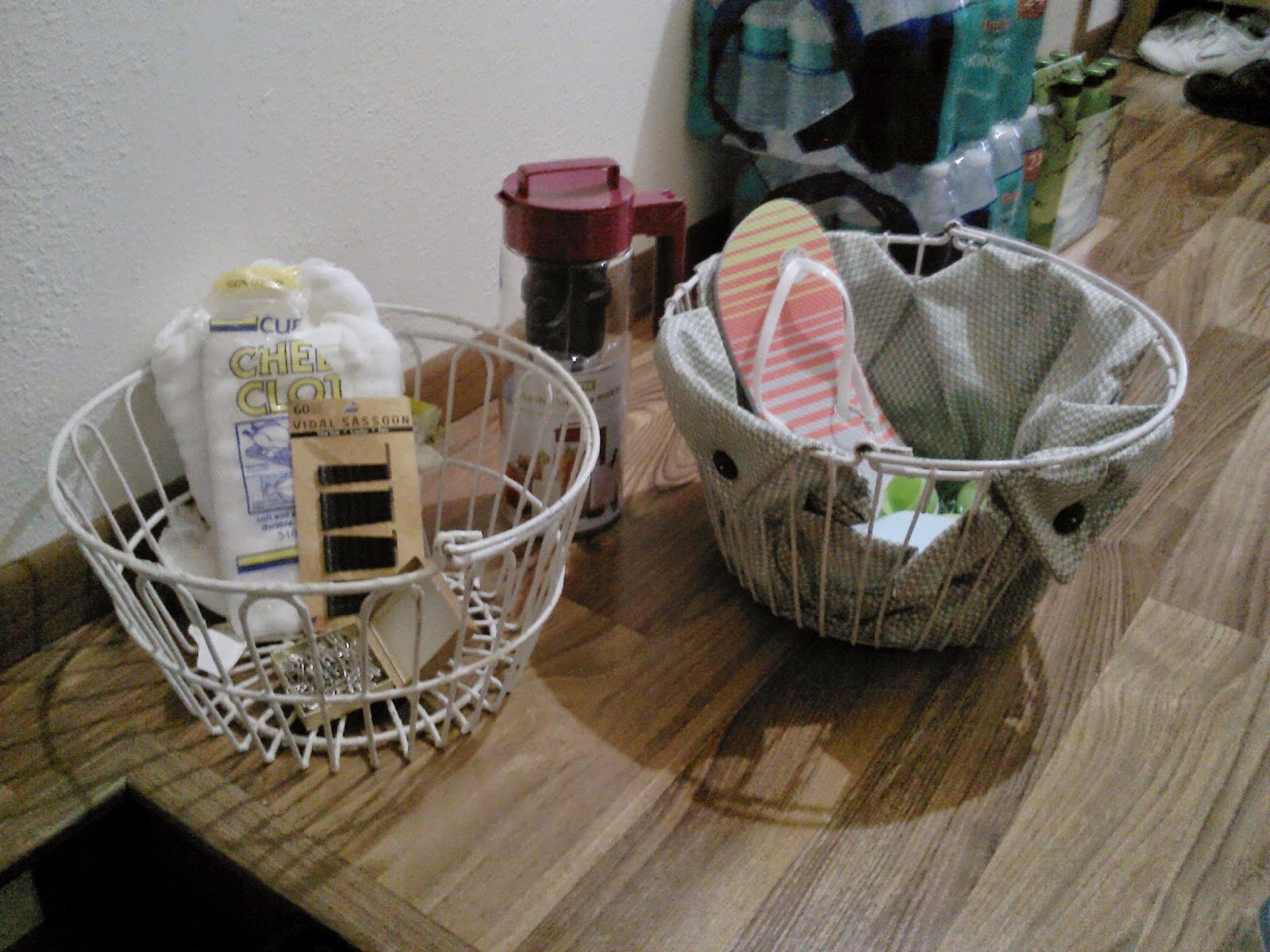 When we were helping some of my family move a few weeks, I saw that they had these egg baskets. I wanted them, but knew they were having a sale and thought I would buy them then. Lo and behold, my mom got the egg baskets from them and gave them to me for Easter! She also found some cheese cloth, bobby pins, and safety pins at their house too. My mom also sewed the liner on the inside of the right basket. She gave all of us flip-flops for Easter and my sister-in-law and I got a flash chill tea maker that I am excited to try out!

I sold six books online last week which is exciting! I don't necessarily like how much of a cut Amazon takes, but they are truly the easiest place to sell on. I bought another 20 books for $1.00 at the local thrift store so I could resell them after I read most of them. I also bought some #2 padded mailers from Amazon yesterday for only $14 for 100. Much, much cheaper than going to the store.

I shut off the furnace on Saturday! Yeah! Hopefully, I will not have cause to turn it back on. Iowa weather is a bit unpredictable!

We are getting ready for the chicks to come. I decided we are moving the dog to the garage and making a home for it in there. I think Holly will be happier closer to the house. Rob also located some items that will make great nesting boxes so that will be great.

That is all I can remember for this week. I am getting excited about my garden and the plants we started are sprouting. This week I need to get the raised bed built for the asparagus and get a load of dirt from my neighbor to fill the bed. I also need to get the garage cleaned out and build Holly her own little room in there. We already have an opening, I just need to remove the board. I also hope to get the tree cut down in the garden this week and clean out the rhubarb, raspberry, and strawberry beds. I also need to clean the carpets in the house. It will be a busy week!