December is a GREAT Month To Stock Your Food Storage!

December 18, 2014
December has been very good to me this month! The sales, the loss leaders, the opportunities....

We have been hitting all of them! 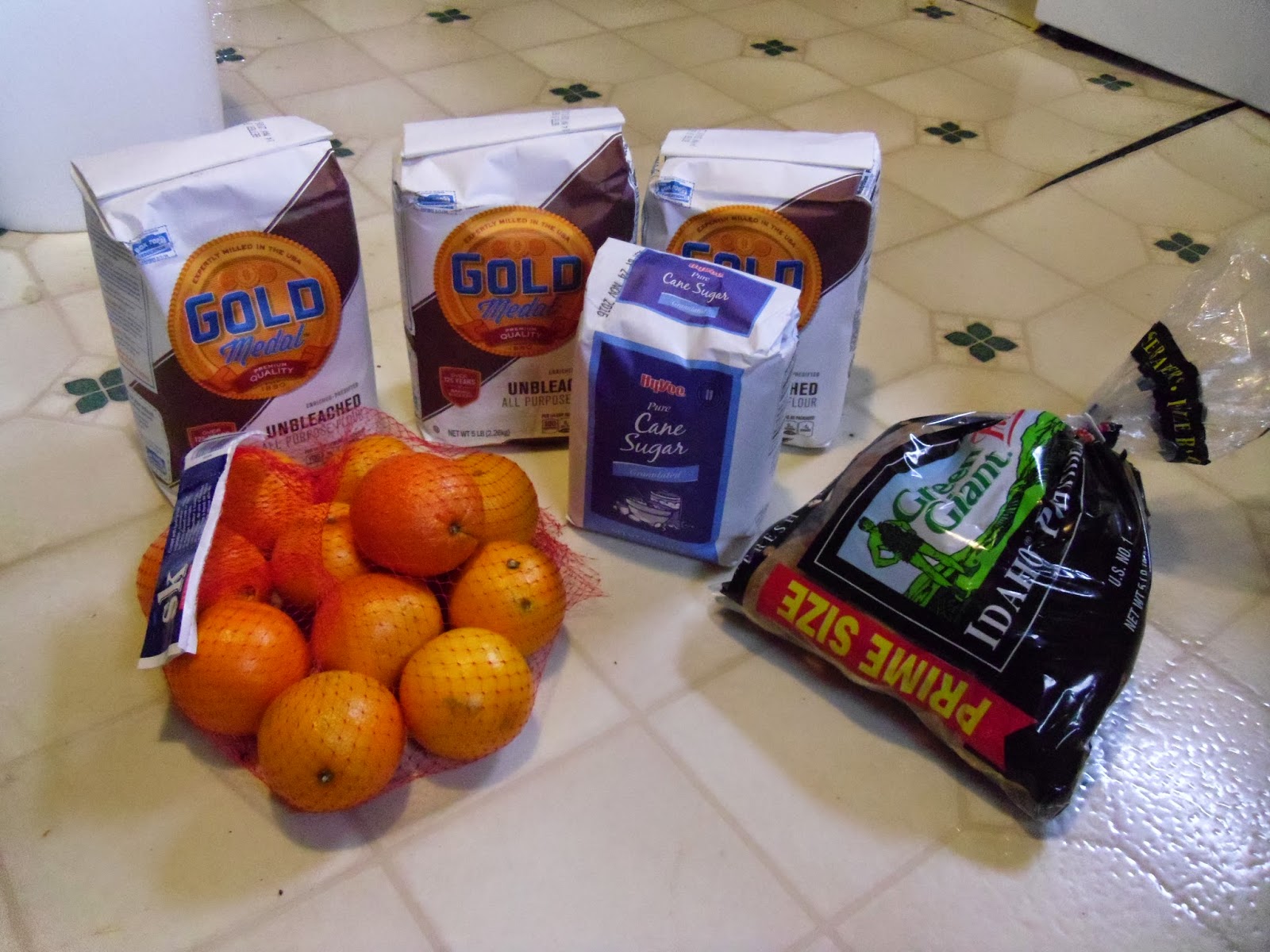 On top of all the pork, we have a half of a hog coming tomorrow. Our freezer will be reasonably full again! I will post how I had that split up and what came out of it.

We have also been stocking up the canned goods. Many canned vegetables have been $.29-.48 a can. That is a great price for canned goods right now, but I have been running into limits of 6 or 12 per customer per trip/day. Creamed soups have also been $.48-.69 a can, but also encountering limits on those. I have seen a lot of canned fruit on sale lately, but hopefully soon.

Frozen vegetables have been $.69 a package. I have been stocking up peas and peas/carrots like crazy!

Potatoes have been $.99 for five pounds and $1.99 for ten pounds. I am hoping they go cheaper, but that is the best price so far.

Now is the time of year to buy citrus. A four pound bag of oranges was only $1.99. Mandarin oranges have been $2.99 for three pound packages. These are great to stuff into stockings. Kept in a cool, dark place, citrus can last a long time.

We do not use a lot of dairy items because of lactose intolerance issues, but I have noticed cream cheese, sour cream, and cheese being at decent prices. Butter has gone on great sales around Thanksgiving and I am hoping Christmas will have the same thing!

What good sales have you been seeing and adding to your food storage?